Beneath all the dust, rust and cracks, every one of these abandoned places has its own unique charm. It is truly fascinating to see how places which were once bustling with people are being reclaimed by nature again. Embark on a history lesson and experience how each of these stunning relics speaks of the past in their own way.

Let Accorhotels.com take you along the passage of time to visit some of the world’s most hauntingly surreal abandoned places. When you book your trip with AccorHotels.com through ShopBack, not only will you be enchanted by these stunning relics of the past but also by the 4% cashback you will receive on top of the amazing discounts!

There may be something spooky about them but they’re also striking in a nostalgic way. Here are some of the world’s most hauntingly surreal abandoned places that will definitely captivate you!

Built in 1866, this fairytale-like structure is no Disney castle. After WWII, it was converted into a summer home for children till 1980, but was abandoned in 1991 after it became too expensive to maintain. The magnificent mansion remains a shell of its former self and is a popular haunt of ghost hunters and thrill-seeking teens. 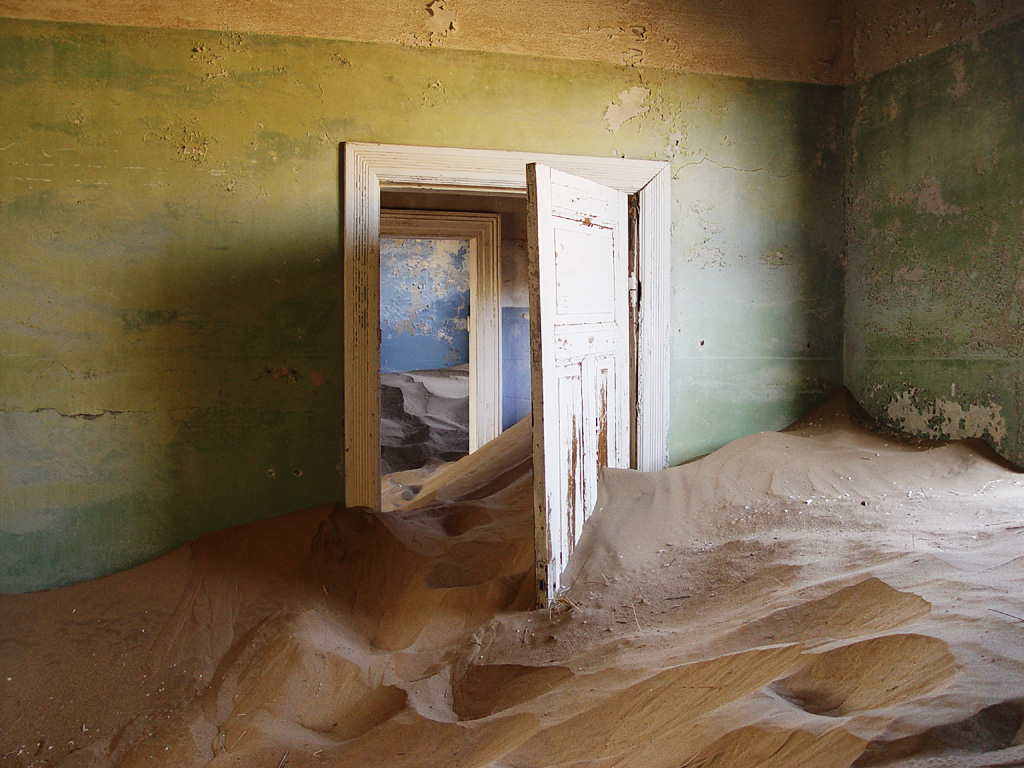 This small settlement thrived in the 1900s after German settlers discovered that the area was rich in diamonds. However, the diamond field began to deplete and since the 1950s Kolmanskop has been a dilapidated ghost town that is slowly being reclaimed by the sand. 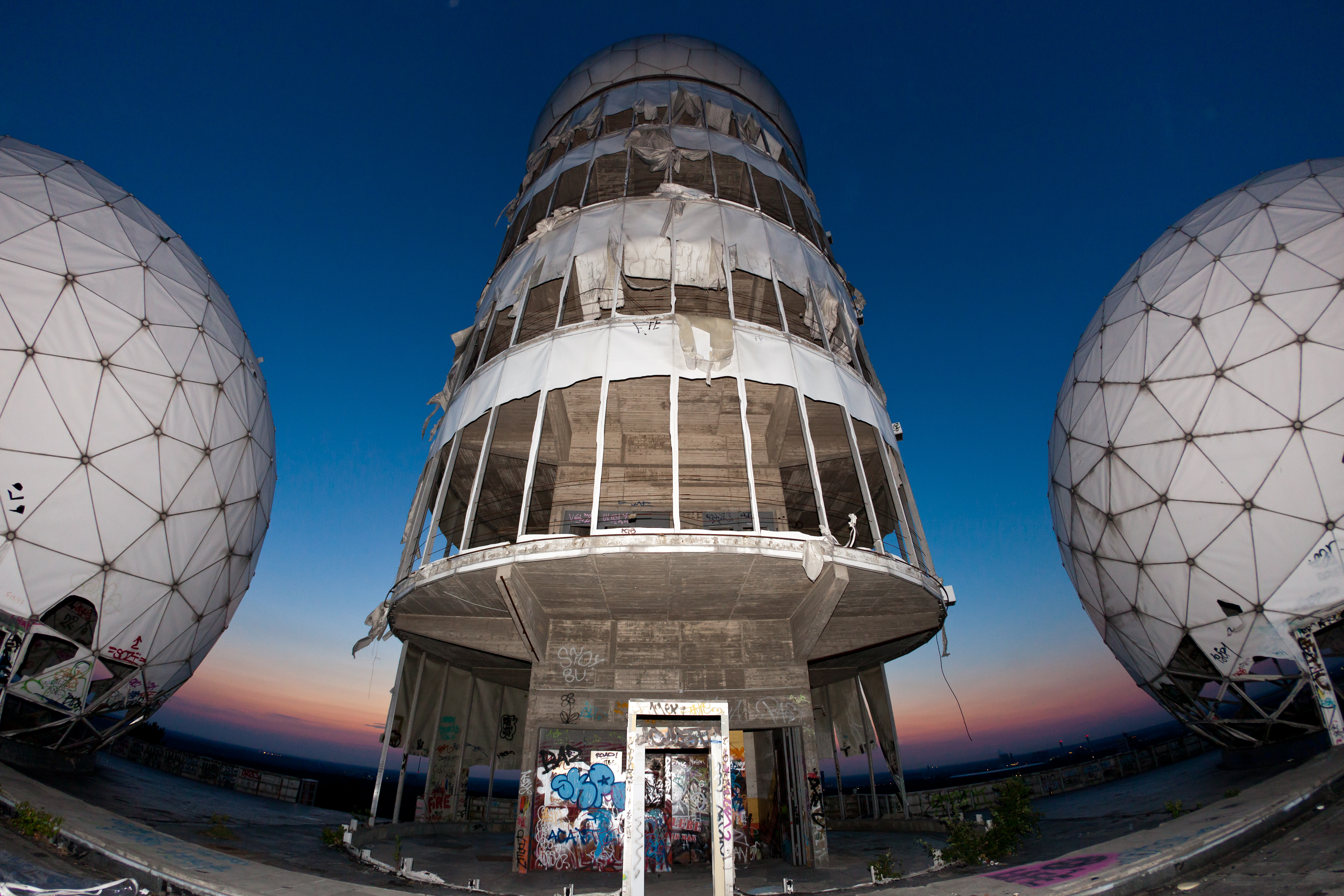 Teufelsberg, which means “Devil’s Mountain”, is an artificial hill made from approximately 12 million cubic metres of WWII rubble. Perched on the top of the hill is a former NSA listening station operated by British and American intelligence officers before the fall of the Berlin Wall. Buried deep beneath the hill are the remnants of a planned Nazi military school that was so sturdy that attempts to destroy it failed which is why it was covered with war-rubble instead. 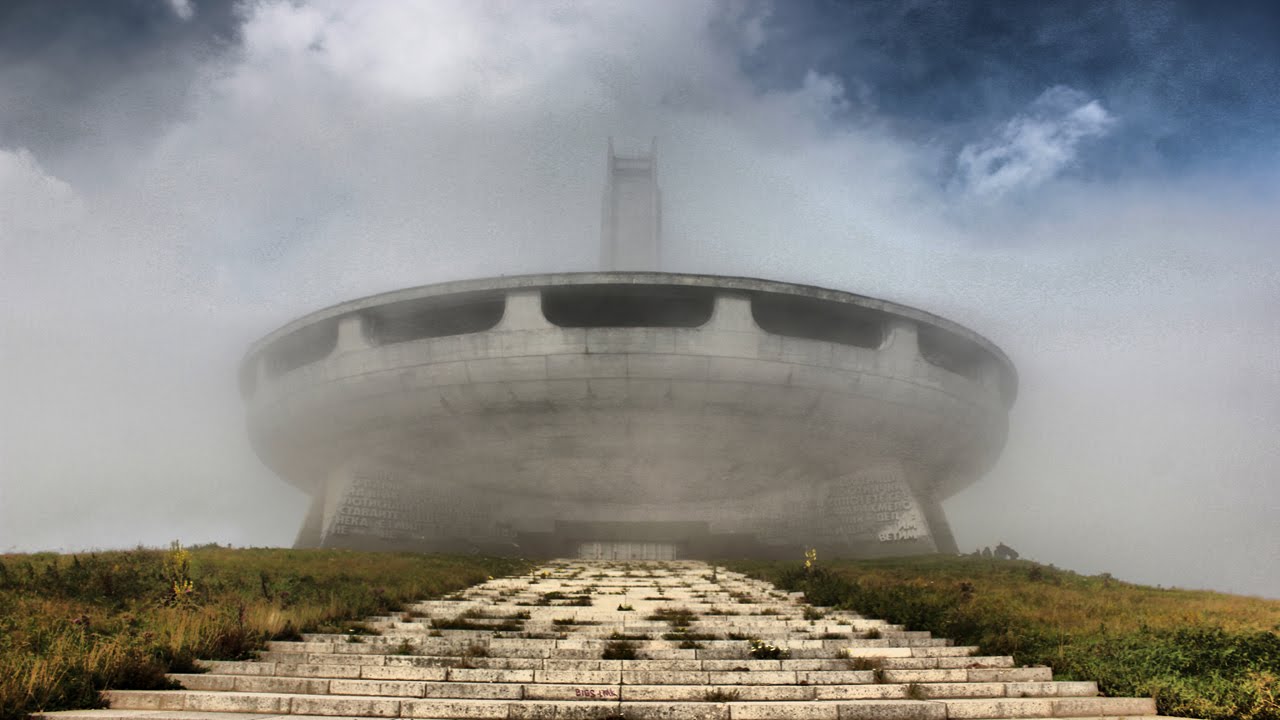 Resembling a giant concrete saucer, this otherworldly saucer perched on Buzludzha Peak is like something out of a sci-fi movie. It was a symbolic meeting place for the communist regime, where foreign dignitaries would meet with communist leaders. Without any government budget to demolish or restore the towering structure, it is now at the mercy of the harsh mountain climate and slowly disintegrating, a process which somewhat commemorates Bulgaria’s transition into a parliamentary democracy. 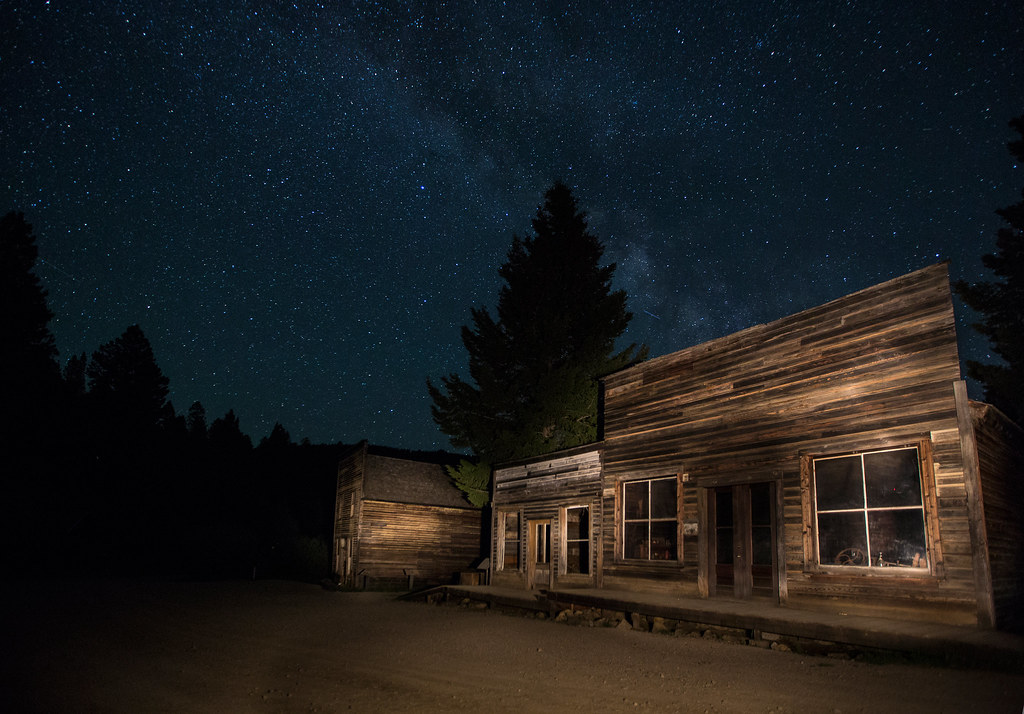 Outdoor enthusiasts will find a haven in this remote mountain town, which witnessed a gold and silver rush in the late 19th century that went bust in 1940s after the mines were depleted. Many believe that the spirits of the town’s historic residents come alive once the sun sets, so don’t worry if you’re in need of some company. Those who are daring enough can also rent cabins during winter, which is when the town’s paranormal residents are the most active. 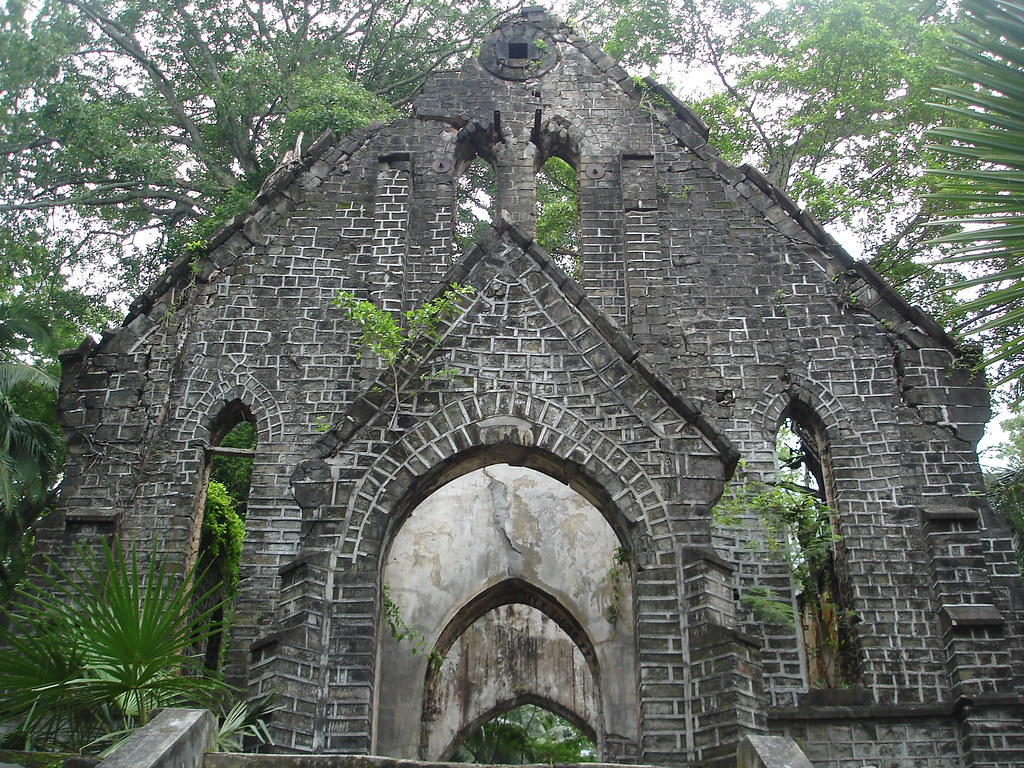 Located in South Andaman, this small island was once used as a British Administrative Centre for the Indian Penal settlement but was abandoned after it was rocked by an earthquake in 1941. Overgrown with vines and exuding a Jungle Book-vibe, the island is now home to a treasure of ruins that indicate what once was an opulent past.

What was meant to be Beijing’s answer to Disneyland lost its magic after construction of the Wonderland Amusement Park was halted due to disputes over land prices. Local farmers have turned to using some of this land to grow crops but demolition of the abandoned structures is scheduled to make space for a shopping mall that might create some wonders for this dilapidated area. 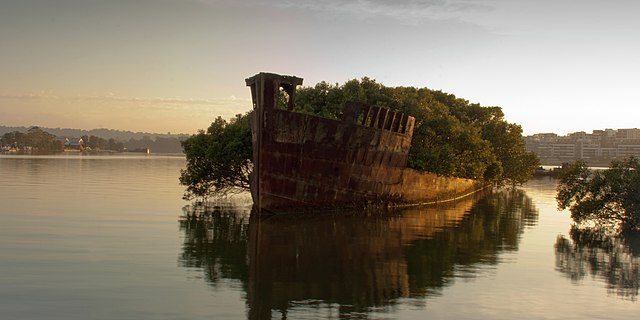 There is no better example of nature’s capacity for survival than this stunning floating forest. Once a large steam ship, the SS Ayrfield was supposed to be dismantled. However, the dismantling yard closed down, leaving the ship where it was, sprouting majestic mangrove trees and dense greenery. 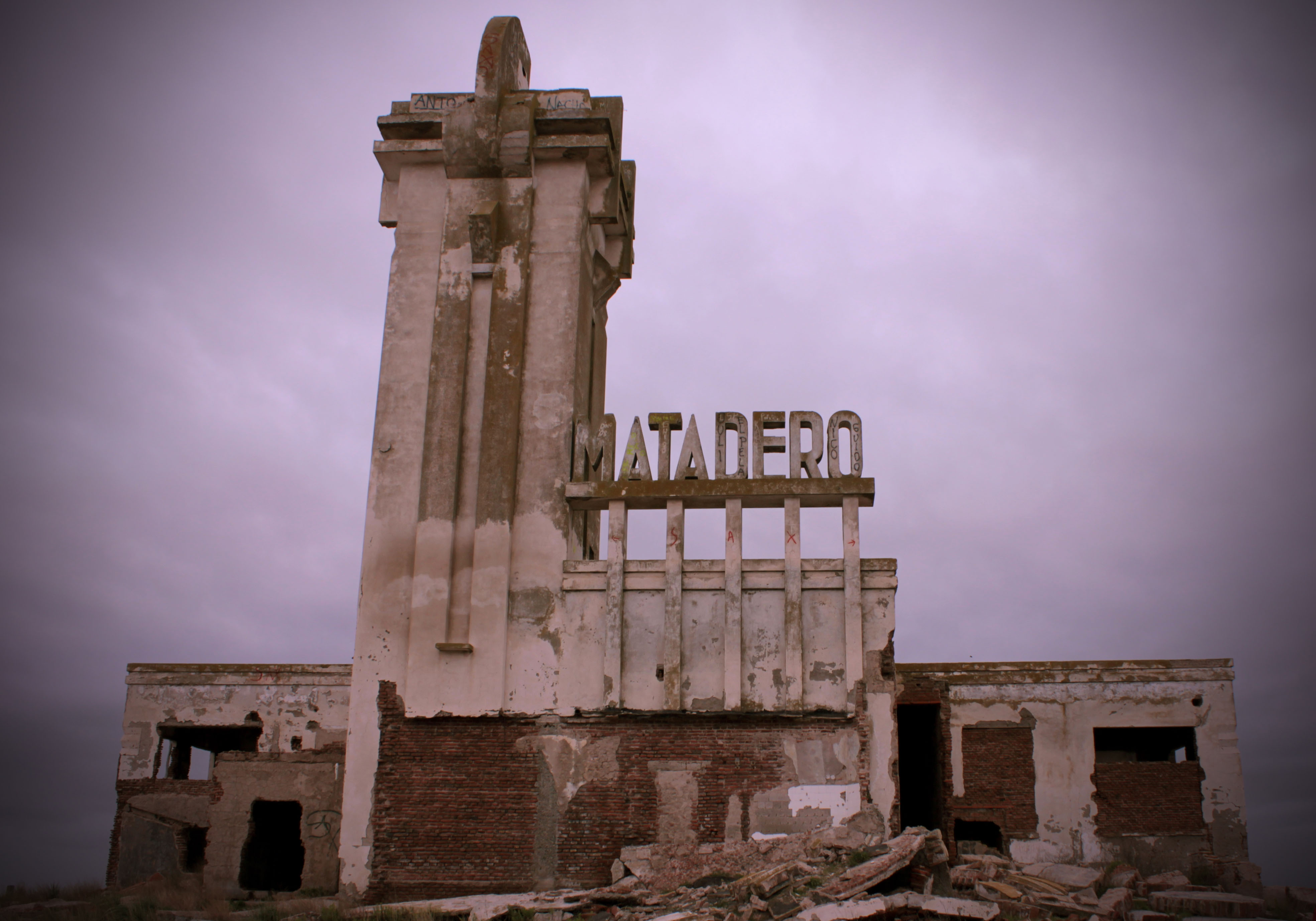 First built in the 1920s, the Villa Epecuén was a booming tourist village until 1985, when the dam in Lake Epecuén collapsed and flooded the village. Although the waters eventually receded, the remnants of the village have become abandoned ever since.

Situated along China’s Yangtze River, this fishing village is part of the Shengsi Archipelago of 394 islands known as Shengsi Islands. Though the region has a history of a thriving fishing industry even today, this particular village seems to have been long forgotten. Covered in lush greenery and beautiful ivy, this deserted village is a stunning picture of what happens when nature reclaims the land.

Exalt your senses with a trip to these hauntingly abandoned yet serene destinations. Book your accommodation with AccorHotels coupons and receive 4% cashback!