Pay Back 1MDB: How Many Branded Bags / Hermès Birkins Will It Take?

From Louis Vuitton to Chanel, luxury goods are coveted items that many of us would love to have lying in our pretend walk-in wardrobe in our huge imaginary mansion. We might not all have 567 luxury bags to go around our various secret properties spread across the country *cough cough* but we all have that one branded bag we would skin a cat to own.

Okay, mayyybe not literally skin a cat. But you know what I mean. Branded bags are often so expensive that we think twice before swiping that credit card. After all, is it worth it to be a couple hundred thousand of dollars in debt just for that one branded bag?

The resale value of most branded bags are at 50% of its retail price, depending on its condition, if it comes in its original packaging or box, and in some cases, if the original receipt of the bag still exists.

If the particular design of the bag is rare, then it could sell for more than 50% of its retail price.

Most of the time, the purchase of a bag isn’t for investment purposes, but rather for the love of the brand. As sijiemaimai, a seller who does resales of luxury items on Instagram tells us, it all depends on your perspective and “how willing [are you to] bear parting with it”.

Especially since what spurs us to buy a luxury item might be, quite simply, “love at first sight”.

Why Would You Sell Your Branded Bag, If Not To Pay Back 1MDB?

Sijiemaimai also tells us that normal people like you and I sell our branded bags to make space for new bags. It made sense — one branded bag can cost anywhere from a few hundred US dollars for a Kate Spade to $300,628 USD for the rarest of the Birkin that was sold at an auction.

So when Rosmah says she’s a great accountant, perhaps she was also referring to the number of Birkin bags she had in her collection.

How Much Does An Hermès Birkin Cost?

Then there is the unicorn of bags (in the investment world, anyway) — The Hermès Birkin. It’s an elusive bag, only making its appearance to customers who’ve built enough of a relationship with a sales assistant in a Hermès store, or if you’re very, very lucky.

There are stories across the internet on how various regular women (read: the non-celebrity or ultra-rich) have tried for years to get their hands on the Birkin, being put on two to six year waitlists and buying various accessories and scarfs from the store, wooing the staff just for a chance to hear these words:

“There’s a Birkin in the back. Would you like to see it?”

I don’t have enough money to get a Birkin myself, but I did go to different Hermès stores when I was in Europe a few years back to help a friend of a friend (who has the money) ask if they have any in stock.

All three stores gave me the same stock answer: “You have to be put on a waitlist; are you a local?” or “We don’t have any in stock.”

The Story Behind The Famous Birkin

Jane Birkin met Jean-Louis Dumas in 1983 on a flight, during which her Hermès diary dropped and she grumbled about how her bags never had enough pockets for her to keep her papers in place. After their quick brainstorming session on the plane and a sketch of a prototype of what bag she wanted, Dumas and Birkin met again in a workshop, and the Birkin bag was born.

It’s quite a glamorous story, but that isn’t quite what propelled the Birkin to its high fashion status complete with two year — now six, in some cases — waiting lists, and the myth of having to be a certain type of woman, someone who’s an insider, in order to be worthy of carrying a Birkin.

Did the allure of the Birkin bag have anything to do with the demeanour of Jane Birkin herself?

Maybe. The estimated “production cost of a basic Birkin is around $800”, so if a bag can sell for up to 12.5 times of its manufacturing price, there must be other factors at play. It’s the scarcity of the bag, the fact that you have to wait for it, that you have to be “worthy” of it. The glamorous story of how Jane Birkin inspired the creation of the bag only served to add to the mystique of the Birkin.

It also helps that the Birkin is inconspicuous, since there is a shift for brands to feature their logos less conspicuously in order to cater to “consumers [who] are moving toward a more discreet approach to wearing the products”.

How Can An Hermès Bag Really Be An Investment?

Bag Hunter did a study in June 2017 that showed that the Birkin’s average annual increase is at 14.2% as compared to investments in S&P 500 — the index that is based on the market capitalisations of 500 large companies listed in the US stock exchange — which is at 11.66%, and gold, which is growing at a measly 1.9%.

If kept in its pristine condition — with its box, dust bag, clochette and key — and if you know just what colours to buy (beiges, browns and blacks are recommended by Jordan Tabach-Bank, the chief executive of New York Loan Company), and what leathers and styles are sought after, then there is a chance that that Hermès Birkin bag you get will get you the returns that you’re looking for.

So, How Many Branded Bags Do You Have To Sell To Pay Back 1MDB Again?

But at least you now know which branded bag to buy when you’re justifying your purchase as an investment.

And that is the Birkin. Just buy a Birkin.

Read More: 7 Charles and Keith Bags To Match Any Occasion

*This may be completely irrelevant but do keep a lookout for Zalora promo codes to get discounts for clothes and shoes (for when  for when you’re broke from getting a Birkin). 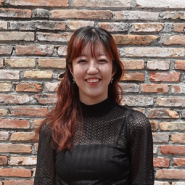