Around the World in 10 Sandwiches with Booking.com

It is seemingly unbelievable that some of the world’s best foods come tucked within two slices of bread. A simple yet ingenious invention, the sandwich has garnered widespread appeal around the world. That’s not surprising given its much lauded convenience – its ability to be swiftly and neatly consumed (most of the time) while doing something else – and its versatility, which shows how the sandwich is perfectly evocative of its time and place. Almost like a universal good, there are simply too many magnificent constructions of the sandwich to list but we pick out some of the must-try sandwiches from around the world. You no longer have to wait any longer if your appetite has been whet by the end of this post. With Booking.com, you can embark on a mission to hunt down these delightful creations all over the world and start eating your way across the continents. Get up to 7% cashback when you book your gustatory getaway on Booking.com through ShopBack now! 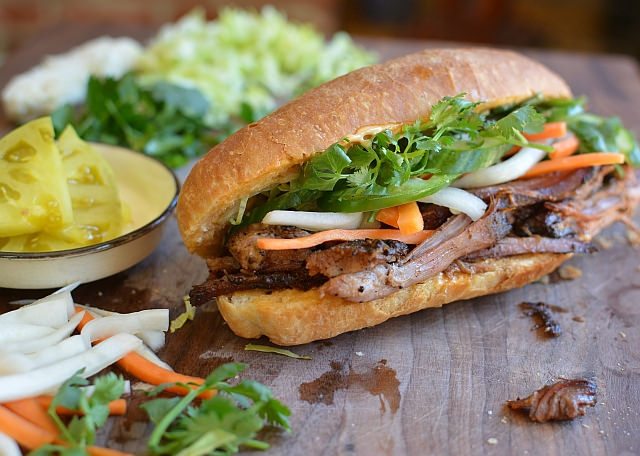 Arguably one of the world’s best sandwiches, the bánh mì is a baguette that epitomises the perfect harmony of French and Vietnamese ingredients, and is sold at street stalls throughout Vietnam. While there are variations of the bánh mì, the most common filling consists of ham, mayo, cilantro, pickled carrots and pate. 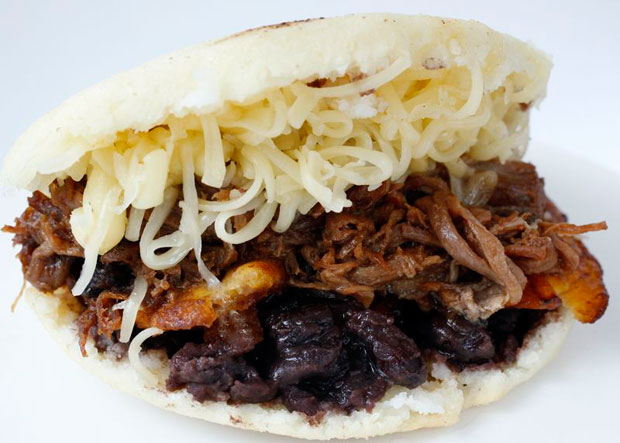 Whoever could resist these lil’ pockets of heaven? These crispy, maize-dough flatbreads are filled to the gills with basically anything you could ever want. From chorizo and plantains, to pulled pork, beef, and avocado. Way better than a taco.

A bread roll with a split chorizo sausage sandwiched in between and topped with chimichurri, a sauce of herbs, garlic, olive oil, and vinegar — the choripán is a classic Argentinian street food. While a sausage on a roll may sound underwhelming, do not be fooled. Sinking your teeth into a choripán seasoned with a well-made chimichurri is sheer pleasure that will leave your tastebuds wanting more. 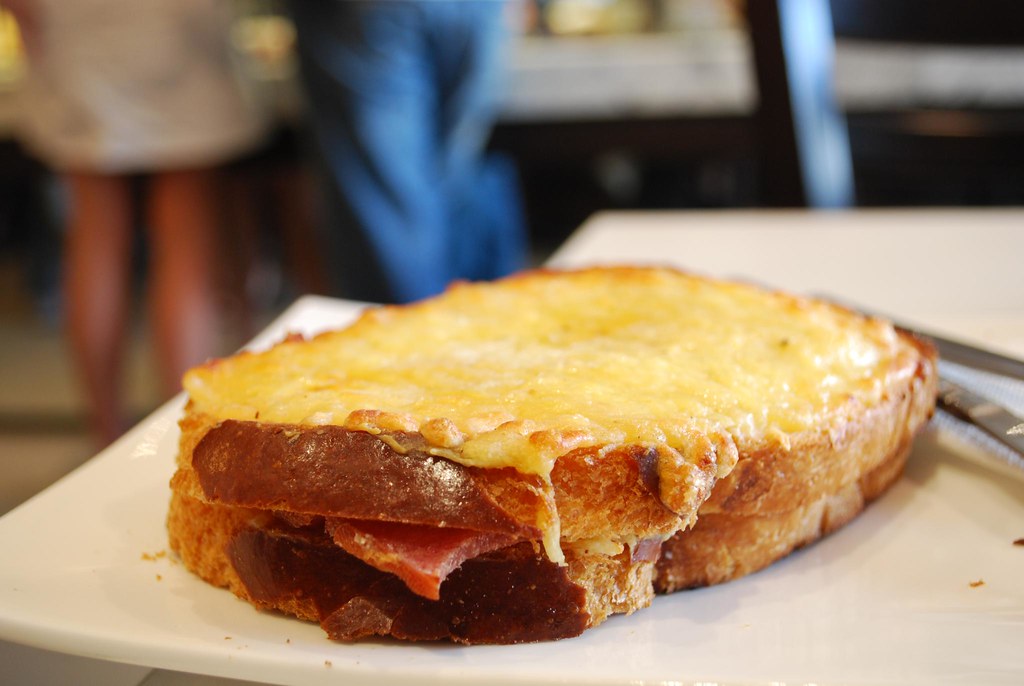 Essentially a grilled ham and cheese sandwich but with a decadent twist in the form of a rich béchamel sauce, the croque monsieur (‘crisp mister’) originated in Parisian cafes of the 1910s and remains a mainstay of French cafes but in many different versions. Some mouthwatering variations include the croque madame (with a fried egg on top); the croque provençal (with tomatoes and herbs); or simply dipping the croque in an egg mixture before frying.

The Katsu Sando consists of a breaded and fried pork cutlet cut-side up and sandwiched between two slices of crustless, pillowy white bread dressed with barbecue sauce. Oishii! It is a quick grab-and-go lunch that is easily found in convenience stores, groceries and cafeterias throughout Japan, but is often hard to find outside of the country. 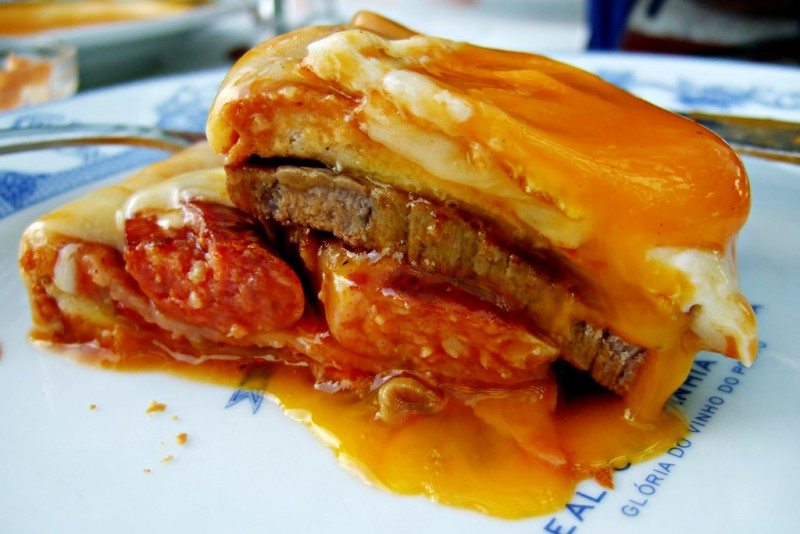 Francesinha roughly translates to “Little Frenchie”, no doubt owing to its resemblance to the croque monsieur. However, it is not a poor imitation of its French counterpart as it contains distinctly Portuguese ingredients including linguiça, a smoked sausage. Smothered in a special beer sauce, this sandwich is a messy but comforting pleasure. Unlike the other sandwiches on the list, the smørrebrød (pronounced smuhr-broht) is served open-faced with a dense sourdough rye bread as the base. The slice of bread, no bigger than a deck of cards, is typically covered in seafood and garnished with boiled egg, pickled cucumbers and onions. But these days, everything from rivers of caper-spiked mayonnaise to mounds of meatballs can be heaped on to it.

This sandwich is Poland’s most popular fast food, much like what pizza is to American kids today. Simple but hearty, the zapiekanka is an open-faced baguette that can be topped with whatever meat and veggie fillings you want (ham, sausage, mushrooms, onions, pepper..) but melted cheese is a definite inclusion. This is certainly a junk food  gem worth tracking down.

India’s version of a spicy veggie hamburger, the vada pav consists of a spicy, curried potato fritter sandwiched between two slices of pav bread, traditionally topped with a zippy tamarind chutney that’s sure to give you a flavourful kick.  This is a must-try for vegetarians; after all, much of the best vegetarian fast food hails from India.

Saving the best for last, nothing spells comfort food better than kaya toasts and eggs with an aromatic cup of local-style coffee or tea (kopi or teh). Amazingly light and crisp toasts that are generously slathered with kaya — a traditional jam made from coconut and eggs — and slivers of butter, it is sheer pleasure munching on the sweet and crispy kaya butter toasts. Your tastebuds will be in for a treat when these heavenly toasts are paired with soft-boiled eggs with a dash of dark soya sauce and pepper.

What are you waiting for? Embark on a gastronomical adventure and treat your tastebuds to these delightful creations with Booking.com coupons and shop through ShopBack to receive up to 7% cashback! You’ll never be more satisfied with these simple yet scrumptious sandwiches from around the world!