Racing games are immensely popular and have been for many years. From racing games on your handheld devices to consoles and elaborate racing setups powered by high-end PCs, racing games have long been a mainstay of gaming. But what are the best racing games on each platform? long gone are the days of “Chocobo Racing” on the PlayStation One and now, we have laser scanned cars and games such as Forza Horizon making an appearance at every E3 during Microsoft’s press conference.

But are racing games still popular? relevant? if you buy a racing game, will you be able to find other players online? The 4th iteration of a popular racing series, Forza is a little divisive in that some feel it is not really a racing game and more of an automobile sandbox. However, it does feature many different events, mission, and a team multiplayer mode. The game world also shifts on a weekly rotation and players will get to experience the map in different seasons.
The visuals of the game continue to be cutting edge and push the Xbox its limits. The team multiplayer mode is a cooperative one that allows teams of drivers to work towards a shared goal, each day has Forzathon challenges and the world shift is not just for cosmetic reasons, they come with different challenges which is a smart way to reuse existing maps and actually make it exciting.
This is obviously on top of what Forza players are already used to and includes an astounding array of different races and activities that challenge your skills along with the massive number of cars to collect and customize. Ok, I realize some people are already rolling their eyes and yes, there are a number of good racing games such as Need for Speed Payback, F1: 2017 and others. But hear me out.  The game launched with a dearth of content true and this was compounded by the fact that it cut away the single player experience.

Updates, patches have however transformed the game and even added a beefy single-player experience to ensure that lack of content is no longer a criticism. The title also has a heavy emphasis on e-sports and as such, the online mode is robust and coupled with GT Sports well-known and loved focus on incredible graphics, handling and driving experience makes it a top contender on the Playstation. 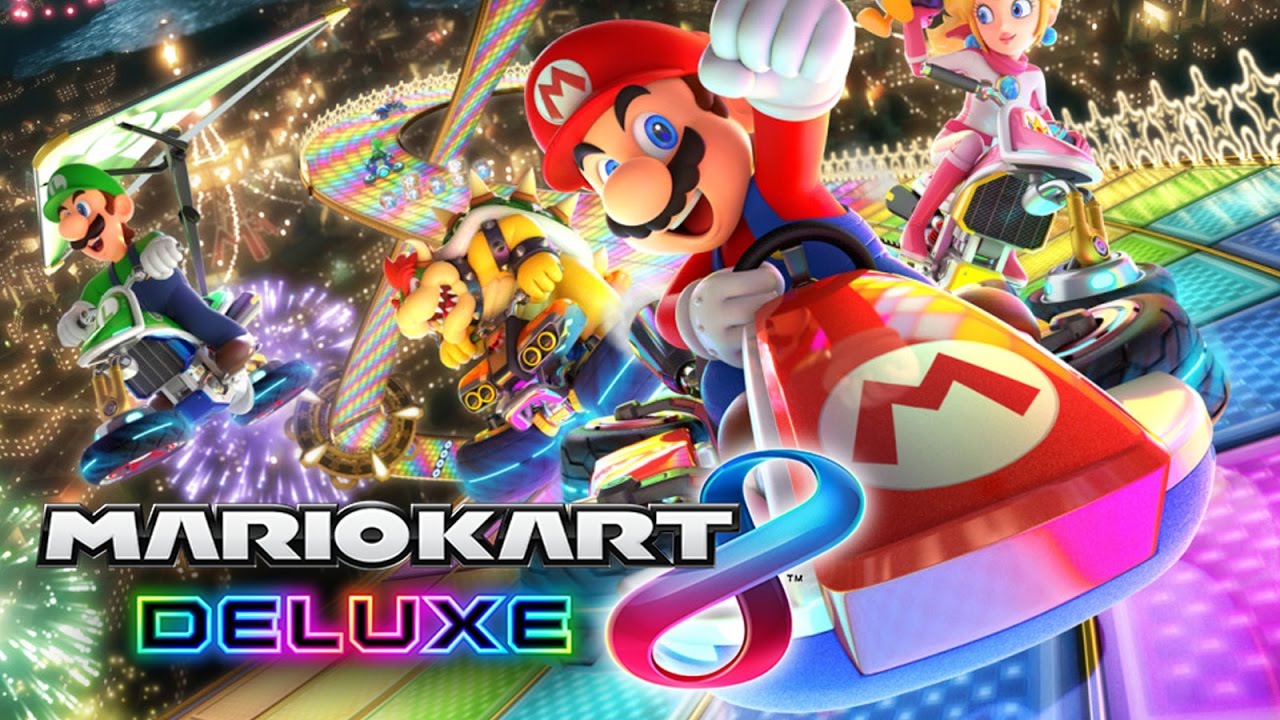 The Switch suffers from a lack of racing games and most are average ports from other consoles. So there is really only one clear choice for a winner. Mario Kart 8 Deluxe. While it is also a port from the Wii-U, it isn’t just a copy and paste. Upscaled to native 1080p/60 fps if the Switch is docked, it also features a revamped battle mode and it turned out to be a critical and commercial success.

The battle mode features 8 new arenas where instead of popping balloons, you are throwing bombs at your friends and stealing their loot which does remind me somewhat of Twisted Metal. It is an excellent addition and justifies its success. Outside of that, however, it is large the same game as its predecessor on the Wii-U. On the PC, iRacing reigns supreme. A goliath of a racing game that commands a monthly subscription and pricing for additional content packs it has managed to move away from its North American track bias and has built a solid game with a large enthusiast player base from around the world. It is far from the most affordable game on the market but it can be argued that you get what you pay for.

This is probably the most serious and lifelike recreation of motorsports that you can find in a racing sim and there is even a sanctioning body within the game called FIRST to ensure that players behave themselves and conduct themselves in a professional manner. Drivers have a licence and pegged to their license is their safety rating. So if you drive like a maniac, you can get slapped with infractions and lose license levels. This creates a healthy racing atmosphere where people tend to toe the line more often than not.

Races are only against human opponents so no practicing against the AI here. There are however testing sessions where you can test drive a car and circuit and time yourself. This is a criticism that the game can be a lonely experience as you play practice runs A LOT otherwise you risk having your safety rating plummet. There is a sense of build-up and accomplishment though as when you finally think you are ready and head to the real thing, there is a palpable sense of anticipation and satisfaction that you have mastered a track.

These games are available on multiple platforms and are also great racing games in their own right. 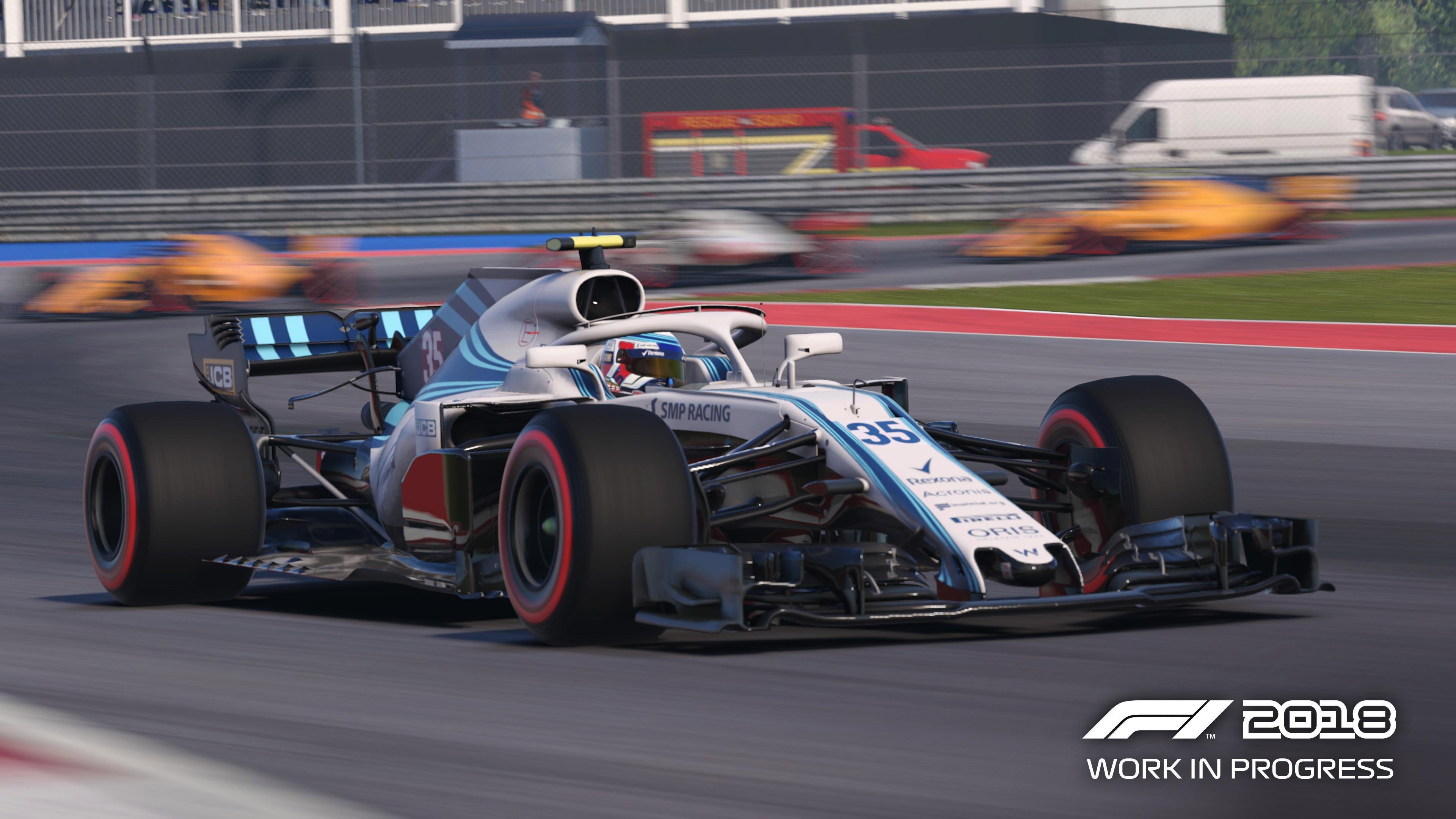 An iterative game as you might have guessed from its name, it makes improvements each year and this year, F1 2018 is the best version we’ve seen yet. The most obvious is obviously the visual enhancements and as you can see from the screenshot above, each year creeps towards being increasingly lifelike.

While it can be intimidating to approach as a new fan, it can be an especially rewarding experience if one takes the time to master the game and its tracks. An unforgiving game, Dirt Rally is known for being a hardcore purist game that distills the real challenge of racing down to its core and snubs any attempt to make the game more “arcadey”. While it isn’t for everyone, it is deep, difficult and full of nuances to excite the most demanding of purists.

The tracks take you from the countryside of Wales to rolling hills and frozen courses set in the likes of Sweden and Finland. be warned this game is not for the faint of heart and it will test your patience, determination, willpower, and mettle.