Everyone has caught up with one another, your aunties are done interrogating you on your non-existent love life and conversations are dwindling into an almost-awkward silence. What do you do to fill in the lull in conversations? Put on a movie!

Released in 2012, the year of the Dragon, this movie explores the Chinese’s age-old obsession with having children in the year of the Dragon. In Dance Dance Dragon, Mother Loong desires to have a grandchild. But to her great disappointment, none of her children has any plans for any children. Things change for the family when a newborn baby suddenly appears on their doorstep.

A House of Happiness is an award-winning local film that was just released last year. The story revolves around a bad-tempered elderly man, Shui, who suffers from Alzheimer’s disease. The only thing Shui can remember is that his wife has passed away and his son, Liong Gor, is working in the city. Living alongside Shui and taking care of him is Ha, who was eventually driven away because of Shui’s foul temper. How will Shui cope with living by himself now?

This movie follows the story of Liang Xi Mei (played by Singaporean film director Jack Neo) and her relationship with her two sons, Robert and Albert. In this film, Liang Xi Mei has retired and now spends her time taking care of her grandsons. Nevertheless, Liang Xi Mei still leads a very eventful life with her absent-minded best friend who constantly leaves her in sticky and hilarious situations. As the story unfurls, we witness the growing tension between Liang Xi Mei and her eldest son, Robert, when she continually expresses favouritism towards her younger son, Albert.

The Fortune Handbook is a feel-good, lighthearted comedy that is sure to put you in the festive mood for Chinese New Year. In this movie, Su Fu, a man who is fixated on becoming rich, constantly schemes to sell his brother-in-law’s secret recipe to earn a fortune off of it. He thinks Lady Luck (or in this case Cai Shen Ye) is finally shining down upon him when an “intern” God of Fortune stumbles into his and his family’s lives.

Long Long Time Ago is set in a kampung in Singapore during the late 1960s and tells the story of a widow, Zhao Di, who struggles to provide for her children. The time between 1965 and the early 1970s was fraught with national instability and we witness how Zhao Di and her family overcome adversity. The synopsis thus far does make Long Long Time Ago seem to be abound with doom and gloom. But the film is interspersed with some comedic relief that while temporarily buoys a heavy heart, does not diminish the heartfelt warmth of kampung spirit in the slightest.

This movie is a local production with cast members from Hong Kong, Malaysia and Singapore. In King of Mahjong, two disciples of a Mahjong Shifu are caught in a rivalry between each other with one of them bearing the grudge of a lost game from years ago. Filled with hilarity and the underlying message of treating mahjong as a game that brings people together, this is the perfect movie to watch with your friends and family when there’s a break in Chinese New Year visitations.

This isn’t technically a very CNY-ish movie but it’s not Chinese New Year without a Jackie Chan movie and we chose this particular movie for this list because…well, see the latter half of the title of this article. I originally intended to pick Chinese Zodiac because it seemed more festive. Except that it lacked the “teach you the importance of family” component so anyway The Spy Next Door it is!

In The Spy Next Door, former spy, Bob, takes on a very difficult mission — babysitting his girlfriend’s children. Bob’s situation is made even more complicated when a spy he had just caught, escapes and he becomes tangled in the world of espionage once again.

As with all Jackie Chan movies, you can expect lots of ass-kicking and gaiety.

This list isn’t complete without a Stephen Chow film. Kung Fu Hustle doesn’t exactly teach you the importance of family per se but it does bring you and your family bales of laughter and isn’t laughter something that brings family members closer?

Kung Fu Hustle takes place in a town where the Axe Gang reigns supreme. Our main character, Sing (played by Stephen Chow), wants for nothing but to be a member of the gang. Follow him on his misadventures as he weasels his way into their ranks.

This Chinese New Year, get together with family and friends that you haven’t seen in ages and get caught up with them.

And if you’re thinking of upgrading your home theatre system to binge-watch these movies, check out Senheng promotions and snag yourself a great deal. 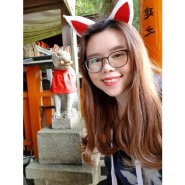