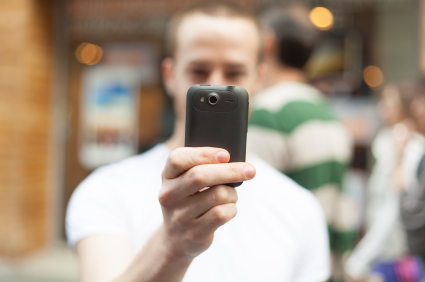 Malaysians love being on social media and following various social media influencers are almost a national past time. If you’re a young Malaysian, you’ve probably heard of JinnyBoy TV and DanKhoo productions. However, there are still many YouTube stars out there to explore.

From comedy to serious information, these YouTube influencers are out there making great content. You simply don’t want to miss out an any of them:

The guy behind Vikarworld is Vignes, and he’s out to educate you about life. Most of the time, his videos are pretty random and hit up all the current issues that plague young Malaysians. He’s also very open about discussing the ins and out of living as an Indian in Malaysia. He had one video published in 2015 that hit more than 500,000 views called ’10 Reasons Why I Hate Living in Malaysia’. Somehow, despite this video’s high view count, he hasn’t really appeared much in any other media.

Grace is a Malaysian living in Germany and has been uploading her recipes to YouTube since 2013. However, she took a hiatus and just relaunched Nyonya Cooking about one year ago with more varied content. Apart from easy to follow cooking videos, she has done food tours, taste tests and interviews.

Many Malaysians staying overseas are familiar with her channel as they depend on her for instructions of how to create Malaysian favorites like Laksa from scratch.

Arwind Kumar is a name you need to remember today, because he’s going to be huge some day soon. This multi talented comedian became famous online when he posted rants about the SPM Moral paper questions. He often dons his signature fluffy wig and green headscarf to become his alter ego ‘Mak Cik Rosmah’. She usually likes to rant too, usually about her ‘cucu-cicits’.

If you’re looking for local horror stories, then Kupi Kupi GO is the place you’ll get it. The channel is filled with Malaysian stories that are told in a simple format, with a narrator and visuals provided to enhance the experience. Apart from horror stories, they also have top 5 lists of all kinds as well as mystery stories. Sometimes, you’ll see the channel’s frontman, Ikram, taking you on a tour of supposedly haunted buildings.

Insomniacks is four man indie band made up of Iqie, Danial, Iskandar and Gavin. they’re making waves on YouTube with their covers of local and international songs and artists. So far they’ve only got a little more than 14,000 subscribers on YouTube but this can easily go up. In addition to their covers, the band does vlogs about their gigs and do random events for fans.

Anwar Hadi breaks down complicated current issues in a comfortable and easy to understand ways. It’s really refreshing to see issues presented in a very balanced way, and Anwar Hadi’s current subscribers seem to like his casual way of presenting heavy information. Did we also mention that he does book reviews?

Zack Merican may not be a big name in the Malaysian music scene right now, but he’s definitely an upcoming presence on YouTube. In addition to showcasing his vocal prowess online. he has plenty of videos where he interacts with fellow artists. Also, you really need to see him dance to the baby shark song.

Kyo is your guy behind the videos, and he’s all about being random and funny. Most of his videos are comedic sketches, portraying different aspects of daily life. Kyopropaganda caters to the young and not so young who feel that they don’t need to make fun of those who take life seriously. It would appear that nothing matters to Kyo and the gang as much as themselves having fun.

Adam comes from East Malaysia where everyone says ‘Bah’ at the end of their sentences. His channel is filled with challenges, conversations and other events that educate you on Sabahan food, culture and practices. There are also many videos that promote and compare Malaysian culture with those of other countries.

Casual comedy is what Guany Guan does best. He’s your guy next door who presents everyday events as comedic sketches. There’s bit on romance and fitness, but lately there have been some serious videos on the channel too.

Stream YouTube videos on the go by having a seamless connection to the internet. Use Maxis promo codes to get discounts for your post-paid plans.

the latest mobile devices that can stream and download you favorite videos. The best way to know what gadget you need is by shopping online and carefully picking the best specs available. Remember that we have tons of cashback promotions on gadget stores to help make your purchases more affordable.

Phone Out Of Credit? Here’s A Top-Up Hack To Save You!

Your Guide To Shopping On AliExpress

Ultimate Cheat Sheet: How To Taobao Like A Pro!

10 Super Delicious Raya Recipes You Can Make At Home

8 Cardio Workout Routines You Can Do At Home