Old and New Movies To Watch For Halloween 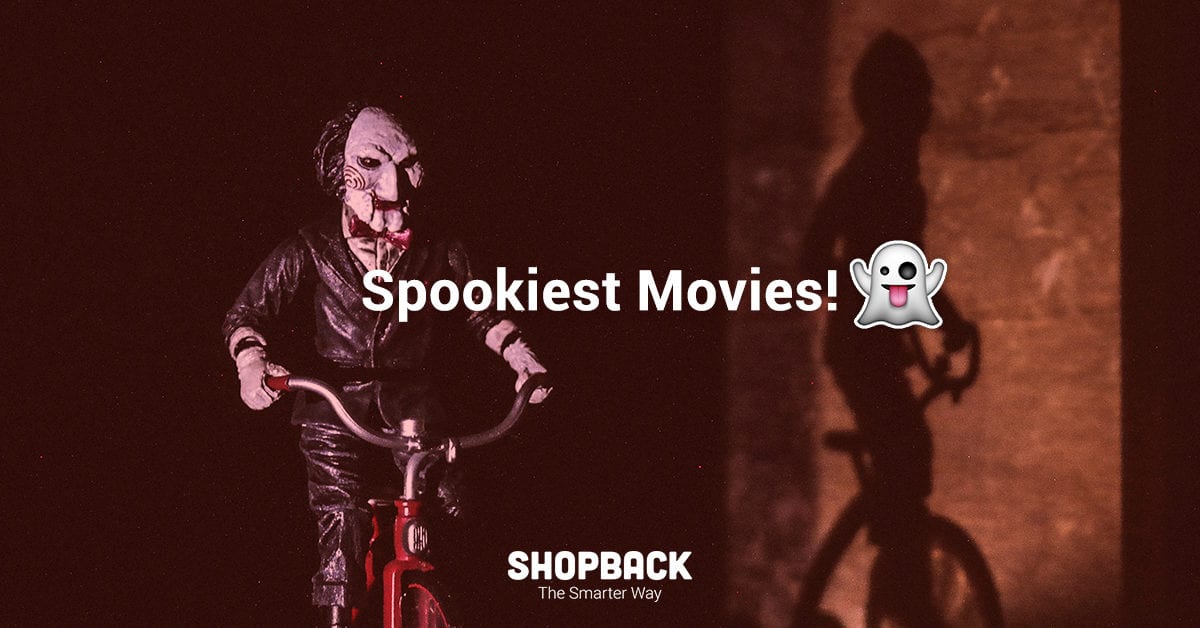 October is here, Halloween is just right around the corner! If you don’t have any fancy plans during this Halloween season, why not pick up a couple of classics or hit the cinema with some of the new horror movies to get in the mood for Halloween! Here are a couple of suggested movies you could check out to feel the Halloween vibes!

The movie was released in 1980 as a slasher horror film. It is a classic Halloween movie that everyone has to watch during this time of the year! The story follows some teenagers who slowly disappear and get murdered by an unknown slasher while trying to re-open an old abandoned summer camp. Even the name leaves shivers up your spine!

The Shining is another classic movie for Halloween! Visually horrifying, eerie sound effects and amazing production designs to create the right horror atmosphere. A family of 3, Jack and Wendy along with their son, Danny, who owns the power to be able to see the hotel’s terrifying past arrived at the hotel as an off-season caretaker for the hotel. The previous caretaker of the hotel went mad and murdered his family and took his own life. Jack slowly drives himself insane due to supernatural happenings around the hotel, leaving his wife and son in big trouble. The infamous twins appearing at the corridor will leave you scared and shaking!

You can catch the new version of IT or the original TV series version that got every kid having nightmares about clowns. IT was released in 1990 and rebooted as a film in 2017. The clown, IT, is an eponymous that uses children’s personal demons against them. In the making, the 7 children fight through their personal demons and defeated IT for the time being. The director is said to be releasing a sequel to the movie in 2019. One scary fact about this movie, the main actor that plays IT says he had nightmares of his character. How freaky is that!

2018 Halloween movie is made 40 years after the original film and is a continuation of the previous sequel, showcasing the final showdown of Michael Myres and Laurie Strode when he returns to Haddonfield as she escaped his killing spree on Halloween night. The movie was such a success that Dead By Daylight, a game created as a survivor vs predator game added Michael Myres as one of the predators!

The Nun was out for before Halloween, but definitely worth the watch! It is said to be dated before The Conjuring movies and Annabelle. The story follows a demon, Valak, trying to posses a living nun to be able to roam out of the old castle and start terrorizing everyone else in the world. Weird and creepy twists in the movie that will make you jump out of your seat, don’t drop your popcorn! If that’s not enough, watch the entire Conjuring timeline to fill your Halloween void!

Slenderman was originally made famous by an online game, recreated into a horror film following a story of 4 friends. 3 of the friends realized their friend was involved in an occult, resulting Slenderman to take her. Her friends try looking for her to help free her from Slenderman, but in the making suffer from terrifying visions and haunting from the Slenderman.

The First Purge is the origins of the first Purge movie. Purge happens once a year in America where it is legal for any crime to be done within 12 hours. This movie shows the initial happenings of the first purge, violence and brutal crimes done by freedom. Terrified of what people would do without any law and constitution?

Venom is an all time classic Anti Hero that appeared in Spiderman a couple of years back. Marvel decided to create a movie based on Venom and his origins. While it isn’t a normal horror movie, there are some pretty freaky parts that could get you scared even for a moment! Its action packed story line will have you glue your eyes to the screen. Head on over to your local movie theater to catch Venom!

Shopback can be used on our app and also website, look for us in your Apple Store or Play Store to download and sign up with us to receive Cashback when you shop with us! Not only that, enjoy privileges like discounts and hot deals updated constantly for your eyes only! What are you waiting for? Join us right now!