ShopBack Look Back 2017: A Trip Down Memory Lane 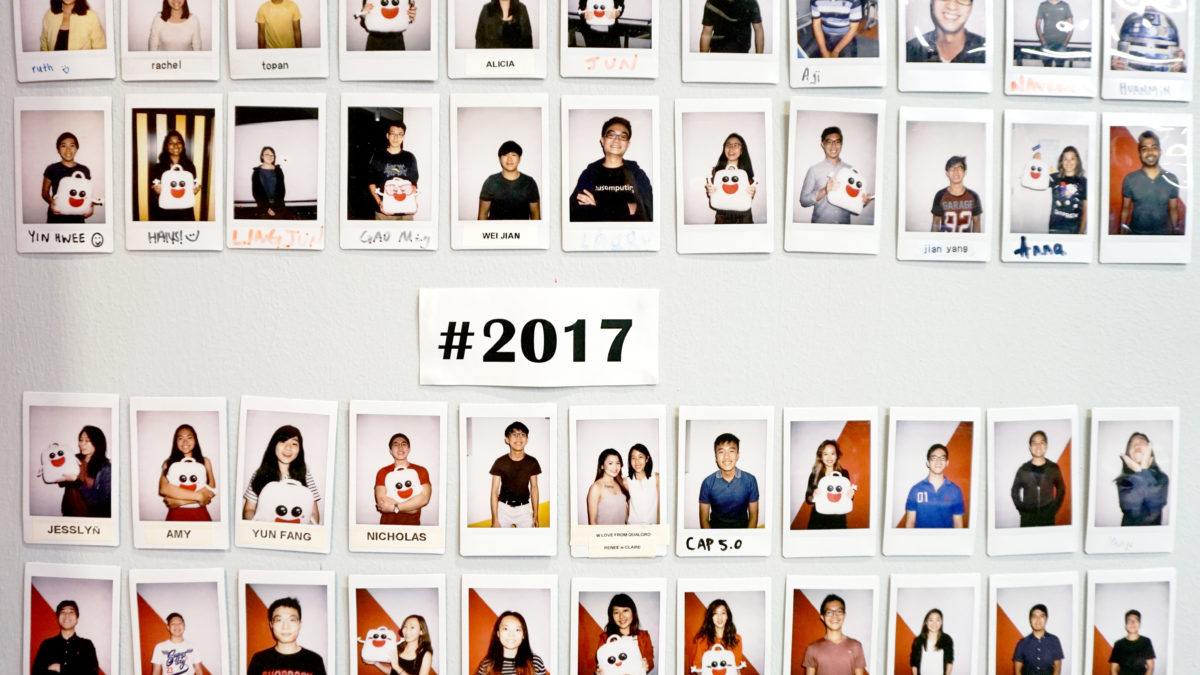 As 2017 does its curtain call and puts everyone in the reflective mood, we ask our employees to recall their day one at ShopBack. While not all had a memorable day one, everyone had a special moment to share.

From breaking website on the first day of work to sleeping in the lobby after a red-eye flight, these stories illustrate the #LifeAtShopBack and demonstrate the #TeamKICKON values.

Take a stroll down memory lane with ShopBack as we look back on our journey in three segments:

And stay till the end for a special video look back on our 2017:

Day One Nightmares – How Was Your First Day At Work? That was actually the Airbnb office where ShopBack Thailand started.” “On my first day at work, I drove out in the CEO’s car to buy my own laptop using his credit card.

That was just a year back when you see 5 new faces every week. Resources were super stretched and there was no proper on-boarding process. You had to figure out things on your own.” 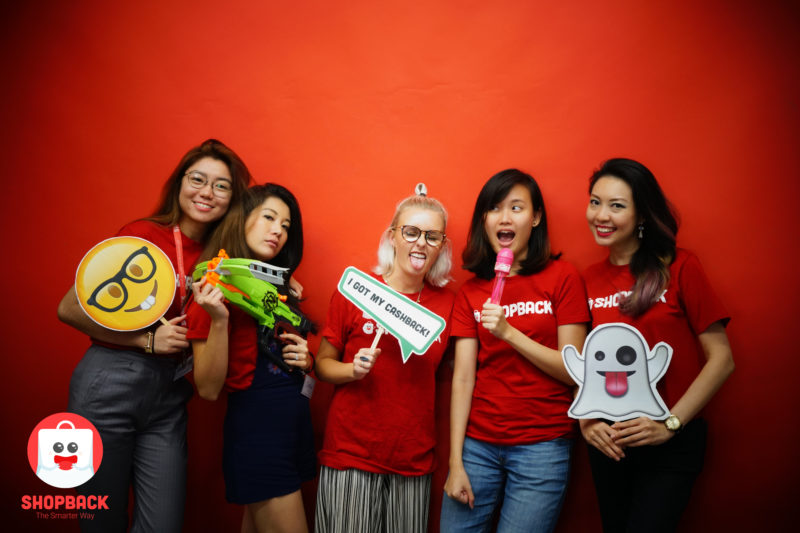 “I broke the website on my first day at work and sent the entire engineering team scrambling for the root cause.

When they finally traced it to me, I was horrified. Breaking the site is hardly the way to making a good first impression. Lucky for me, the issue was quickly resolved. But people got a dressing down because of what I did.

First lesson learnt at ShopBack: A small mistake on your end may be a costly one for others. Always know the implications of your actions before taking action.”

“They told me not to touch the snack box as there’s a cockroach cruising in it. I couldn’t understand why they didn’t dispose the box and instead co-exist with it. I guess everyone was just too swamped to care!” “Grand Indonesia Starbucks was our first office, simply because we didn’t have any physical presence when we started. We’d park ourselves there from day to night, Monday to Friday. Candidate interviews were done there, first campaign was crafted there, customer service calls were taken there. The staff could recognise us and they’d even save seats for us when we happened to come in late.” “I lost my laptop on the night right before our first Singles’ Day sales at ShopBack Taiwan. I panicked. There was a campaign that I needed to manually activate when the clock struck twelve.

That loss of laptop could result in the loss of thousand over orders.

I retraced my steps and finally found it in the Watsons store after 2 hours of frantic search. It was already 11.00PM. I rushed home and started working immediately.

Nothing was lost in the end. I was so lucky!” “My first lesson at ShopBack: Don’t waste time gunning for the ‘perfect’ answer.

During my first week, I was asked to solve a problem that was new to me. All I could think of was how to roll it out flawlessly at the first try.

Unfortunately, even after a full day of studying the problem, I couldn’t come up with the ‘model answer’. When our CEO checked in with me, he immediately pointed out the issue.

Don’t be fixated on perfection. Build a prototype, test it out and see if it works. If it works on a small scale, keep on going. If it breaks, revisit the prototype and fix it. Repeat until it works.” “I was last in the chain of interns doing data in the “monkey work” way. It took me 2 hours just to compare data across 2 excel sheets.

I grew tired of the process and taught myself automation. In 2 months, the “monkey work” which used to take me an entire day was done in an hour. I was finally free to do other stuff that’s way more meaningful!” “There was a customer who publicly voiced his displeasure about us. We tried to get in touch with him immediately but to no avail. There was a need to understand his pain points in greater detail to help him resolve the issues.

I did a little investigation and found out from the customer’s public profile that he’ll be working at a book fair over the weekend. So I went to the fair, identified the customer, approached him and ironed out all issues on the spot.” 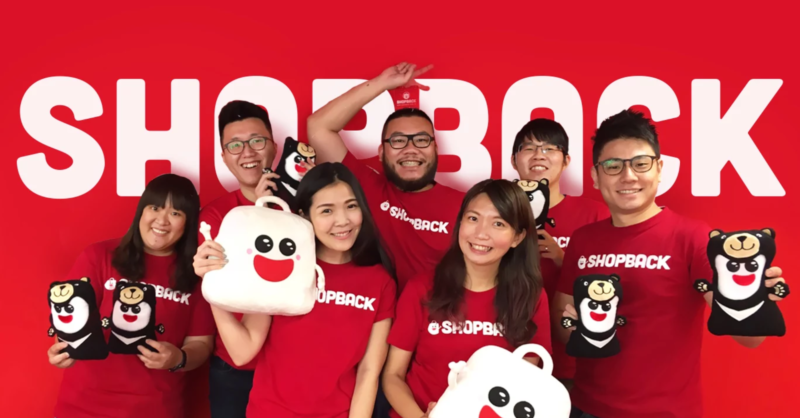 “We were super nervous about ShopBack Taiwan’s first Singles’ Day sales. As a new kid on the block, it was crucial for us to ensure that everything was smooth our customers.”

“That night, I was handling customer enquiries in my living room. It was about 1AM when I heard my boss (Joel Leong)’s voice.”

“I thought that I was hallucinating until I heard him again. Could it be that Joel is hiding in my house to surprise me?”

“It was then that I realised the TV was on and Joel was on the news! So proud of my boss. I wouldn’t mind if he was hiding in my house though.”

“In the earlier days, I was the sole Customer Service (CS) agent. There was once when we on-boarded a reward system that’s widely popular with aunties and uncles.

That’s when I got super swamped.

They’ve no idea how to use ShopBack and I had to show them the ropes. But the messages never stopped pouring in. So I just continue to work till 5am everyday. From 9am, of course.

I was lucky to have a kind-hearted intern who offered to share the load with me. She eventually became our CS queen.” “It was about 3 weeks before Valentine’s Day when I received a call from a customer. He sounded a little desperate over the phone.

After teaching him how to use ShopBack, he thanked me, and asked if he could get my opinion on something else.

He was at a loss of what to get for his girlfriend and needed some advice from me. So the 3-minute call became a 30-minute call. He decided on a Shopbop watch in the end.” “There are plenty of less-than-glamorous stories behind that glossy facade of Co-Founder.”

The above applies to all jet-setters. Our CEO is an exemplary practitioner of these rules.

Once, I arrived in the Philippines at 4AM – alone. Somehow my Airbnb host misunderstood my arrival time, so the apartment was not ready for me.

I had to sleep in the lobby.” 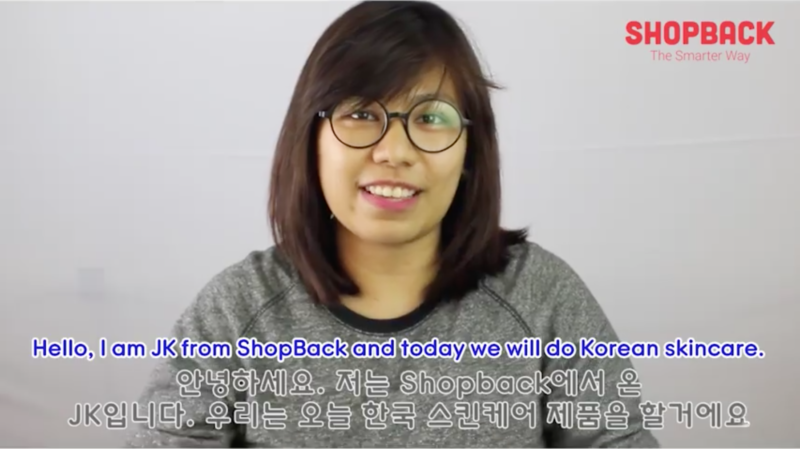 “Due to budget constraints, we had to be our own influencers. So I volunteered to be one of the hosts on our FB LIVE show since I like to talk (a lot).

It was super fun. Even though the audience isn’t huge, you’ll want to make a great show for them. Over time, people start noticing stuff about you, like your haircuts or even weight loss/gain.

“BLK71 couldn’t hold our growing numbers anymore, so we had to move. As the new office at BLK77 is just a few blocks away, we didn’t hire any movers. We DIY-ed everything.

It was quite a sight seeing over 60 people using office chairs as trolleys to facilitate the shift. The whole event was further dramatised by the pouring rain halfway through the move. Then to top it off, the lift broke down. We had to keep everything dry while lugging tables, cupboard etc. up 3 flights of stairs. “When we (finally) moved into the new office, we went IKEA to purchase a few drawer units after working hours. To make the whole DIY assembling process more efficient, we compete to see who can complete it in the shortest time. Everyone was rushing to win even when there’s no prize given! I was super motivated by this crazy bunch beside me.” “Our Co-Founder Joel Leong always almost (or almost always) misses his flights. He claimed that being later than usual is a trick to getting free upgrade – at a 50% chance of success.”

“So I put it to test on my next work trip. And I got a free upgrade to business class!”

*Disclaimer: We’re not liable for the flight that you might miss for following this ‘travel tip’.

Keen to join us in 2018? Follow us at http://bit.ly/thesmarterway and check us out at http://careers.shopback.com.

*P.S. Keep a lookout for  Zalora promo codes for discounts.