The Seoul Travelogue (or How to Spend a Week in Seoul Under RM2000, All Inclusive)!

I’ve always had a penchant for travelling and I’ve been fortunate enough to have visited a couple of countries around the world. Even so, Seoul, South Korea would always be particularly special to me because it was the first trip I have ever single-handedly planned – whereas my previous holidays were always left in the capable but rather inflexible coalescent hands of my mother and a travel agency. Because I traveled with one other friend and the miserable remnants of my salary, we really tried to keep the costs as low as humanly possible. So we went, there and back again. I’m really glad to say that our mini expedition was successful, in terms of the depth of exploration and cost! And here I am now, quickly drafting out a travel guide of sorts for the cheapskate soul as I attempt to calculate accurately – something I’m not exactly the best at. So do bear with me, and also take note that your flight prices may vary, according to the time where you book it and other intrepid factors as such, you know how finicky airlines can get. 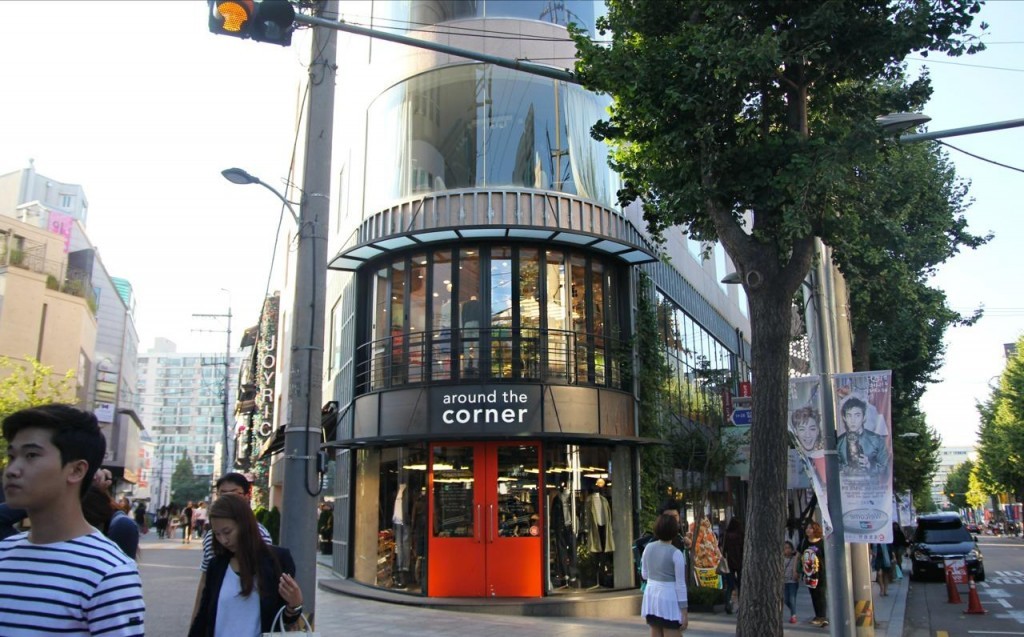 Flights often take up the bulk of the cost for a budget holiday like ours – so we really attempted to skimp as much as possible. We searched every conceivable flight that fit well into our schedule in Malaysia and Seoul by using sites like AirAsiaGo and Expedia; we finally settled for a return flight with one stopover for RM1000 booked through Expedia! I meant it when I said that flights took the biggest slice of the money pie.

However, because we booked our flight months before, we weren’t able to utilize this nifty travel hack: use sites like Groupon to snag the best last minute deals because airlines attempt to clear their expiring inventories by selling tickets for cheap there!

Right now, there are great deals on Expedia with a return flight to Seoul from Kuala Lumpur at under RM970* That’s even lower than what I spent! You’ll be in for a pleasant surprise, but accommodation in Seoul is really not expensive. Really. Of course, my friend and I opted to stay at at a hostel instead. These hostels are scattered all around Seoul – though not sporadically, because there are surprisingly many! We got a hostel at the Jongno area and stayed there for six nights.

Unlike the other times I travelled – where I was always cooped up in a single lonesome hotel room without much interaction with the native Koreans or other travellers – staying in a hostel made this particular holiday very cozy, warm, communal, and oddly comfortable. There was a common area where travellers could make easy conversation about our day in Seoul, toast some buttered bread and play board games. I really believe that’s what travelling is all about: learning bits and bobs from other cultures and finding pieces of ourselves in others. In the end we realize we’re really not as different as we think we are.

All that aside, a bed per night was RM58. And thus, six nights at the hostel cost RM348. Don’t worry though, because the hostels in Seoul operate with similar prices. You’ll definitely be able to get yours as affordable as well! Check out hostels like the Windroad Guesthouse in central Seoul. Stay comfortably in the heart of the city for only RM36 a night for a mixed dorm! Take advantage of this offer in the form of Booking.com vouchers.

However, if hostel-livin’ isn’t your plate of kimchi (or well… cup of tea if we’re sticking to the old adage), you can always get cheap hotels over at Hotels.com or Agoda. No big deal, really. For just a few more dollars, you can stay at the luxurious JJ Hotel. It only costs RM157 per night for a Standard Double Room!

Alternatively, you could do the hotel booking together with your flight with a travel package. Check out the package deals on Expedia. You’ll get a stay at a guesthouse, or hotel of your choice along with a return flight ticket, all-inclusive. Prices start at around RM1000. I say if you want to slack on the planning, these packages are the way to go. Check out Expedia’s offers today as they are available for a limited time only! Onward to the most satisfying part of travelling to Seoul – stuffing delicious Korean delicacies into our greedy oesophagi. The best thing is that food in Seoul is relatively inexpensive if you stay away from the high-end restaurants that travel groups have a tendency to trot you to.

Most of the time, my friend and I settled for street food – known locally as bunshik. Look out for the Korean street food trucks where you can order a substantial (or obscene, depending on your level of hunger) amount of tteokbokki (spicy rice cakes), twigim (fried snacks) and an odeng (fish cake) all for less than RM18. We shared these (hence RM9 each) – the portions are really, really huge – and were good to go! At least, for lunch or to settle impulse hunger on-the-go.

Other times we headed to the kimbap restaurants. These restaurants are basically your typified Korean fast food restaurants – but with a twist. They usually sell kimbap, ramyeon noodles, bibimbap, fried dumplings, kimchi jjigae and many, many more. Most of the items on the menu are affordably priced – which averaged to about RM16 per meal!

Therefore, we spent about RM34 give or take, per day on food! And man, were we filled and brimming with food-induced happiness! What my friend and I did the most during our trip was to relentlessly walk. We enjoyed traipsing the streets of Jongno immensely and soaked ourselves in the breezy atmosphere. Jongno, is an extremely artistic and historical town and we loved taking in the sights, snapping quick pictures of the people and places, and integrating ourselves with the Koreans. My friend could speak Korean, so life there generally became more interesting. For instance, we had an hour-long chat in one of Seoul’s many cafes – with my friend taking dual roles of translating and adding her piece to the conversation – with a group of young Korean ladies.

Therefore, we didn’t spend excessively on out of the ordinary activities, if at all; you know, things like Everland or going up the N Tower on the cable car. What we really wanted to do was to simply be there and live like a Korean for a little while. We bought a 3-day pass which allowed us to commute via public transportation for up to 20 rides a day. That cost us a mere 35,000 Won or RM 115. But if that’s not your cup of tea, there are also free temple tours by Korean students, museum visits and many more! However, most of the more popular museums in Seoul cost money, but they’re not too bad a pinch. Alternatively, you can always head to Myeongdong to get free makeup samples (they’re surprisingly generous), or to any supermarket for food samples as well!

If you are willing to spend a bit on sight-seeing, travel sites offer suggestions on things to do according to your location. These activities may cost some money though so only go for it if it’s in your budget!

Therefore in total we spent  around RM1667 each. Of course, that’s not counting the souvenirs and other miscellaneous things we bought in Seoul – that wouldn’t be fair, would it? So, that’s where all the extra money we had left went! All in all, Seoul is an amazing place with the best food and people. And you should go there. Right about now.

If you are planning a trip, be it to Seoul, South Korea, or Cape Town, South Africa, we have travel deals for you. Check out our online travel deals that are juicier that the MATTA fair!