Video Games You Didn’t Know Were Made In Malaysia 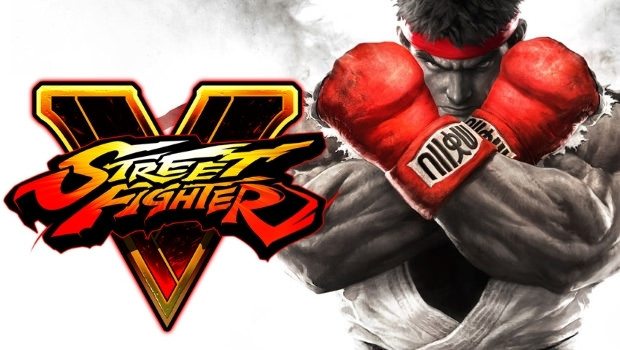 It is a blooming notion that Malaysia has a powerhouse of game developers. The gaming industry in the country has grown over the years, and has contributed immensely to the development of many video and computer games acclaimed by gamers and tech companies across the globe. Some of which are outlined below.

The Malaysian game development infrastructure has come to prosper through the aid of local tech companies and the government itself. The game education has been integrated to chosen tertiary curricula. As a result, the country has provided professionally trained talents to Malaysian resident game development companies and Western ones who choose to outsource services. With both private and public sectors supporting the industry, opportunities were upheld and doors were opened for native talents.

Without further adieu, here they are — world-renowned video games in the Malaysian portfolio.

Uncharted 4 is a Playstation 4 action-adventure video game published by Sony Computer Entertainment. American video game development company, Naughty Dog, sought the help of Malaysian studio, Passion Republic, to created a hundred in-game assets such as relics, artifacts, and treasures for the game. The production timeline for the Malaysian studio was 6 weeks.

The whole production team’s hard work paid off as Uncharted 4 have received praises and validation by award-giving bodies, gamers, publications, and reviewers from different countries. It even sold almost 3 million copies on its first week of release and became the best-selling Playstation 4 video game.

Capcom’s long-standing video game series, Street Fighter, gained an addition to its successful line up through the help of a Malaysian studio. Street Fighter 5 came alive with the participation of more than 100 contributing Malaysian talents from Streamline Studios, a Dutch game development company with an office in the country.

The creation of the stages and 16 characters of Street Fighter 5, a side-scrolling fighting video game for Playstation 4 and Windows, took more than a year to complete. The game received mixed reviews upon launch but has made an accumulated sales of over 1.7 million copies.

Another video game included in Passion Republic’s portfolio is Dark Souls 3. This game came to be through the collaboration of FromSoftware with the Malaysian studio. It is an role-playing action video game published by Bandai Namco Entertainment for Playstation 4. It also has versions for Xbox One and Windows.

Dark Souls 3 is the fastest-selling game from Bandai Namco Entertainment. It sold over 3 million copies within a couple of months from release date in 2016. It is a video game that has been commercially and critically acclaimed worldwide.

Passion Republic’s portfolio continues to expand, bagging even projects for big franchises. The Malaysian studio became a support resource to Rocksteady Studios during the creation of the 2015 action-adventure video game, Batman: Arkham Knight.

This DC Comics-based superhero game was published by Warner Bros. Interactive Entertainment for Playstation 4, Xbox One, and Windows. The console versions receive positive reviews from critics, especially for the Batmobile. Within the same year of release, Batman: Arkham Knight sold over 5 million copies and became the fastest-selling game of the series and 2015.

The first installment of this military science fiction shooting video game was co-created by, once more, Passion Republic for Microsoft Game Studios. It has received over 30 Game of the Year awards and remains to be one of the best-selling Xbox 360 video games. It has been adapted to comics and books and has a movie being developed.

Gears of War was released in Xbox 360 in 2006 and sold over 3 million copies within 10 weeks. The following year, it was declared to as the second-most played Xbox Live game. By 2008, the game had sold over 5 million copies.

Final Fantasy XV created a buzz in Malaysia upon its release as it features many Malaysian cultural elements like roti canai, satay, and teh tarik. Of course, the addition of these was made possible by the involvement of a Malaysian video game developers. The pool of talent was from, once again, Streamline Studios.

This open world role-playing action video game was published by Square Enix for Xbox One, Playstation 4, and Windows. Since its release, Final Fantasy XV has produced digital gaming products collectively called the Final Fantasy XV Universe. The lot includes mobile games, an anime series, and a virtual reality-based (VR) game. It has also received favorable reviews from critics and gamers and has broken its own franchise record with over 6 million copies upon release.

Passion Republic bagged another project for a big franchise to add to its line up when it was chosen to co-create Mortal Kombat X for Warner Bros. Interactive Entertainment. The output was released in 2015 for Windows, Xbox One, and Playstation 4.

The console versions of Mortal Kombat X received positive reviews from critics upon release thanks to the collaborative effort of local and international video game developers. The game sold over 5 million copies upon release and was the fastest-selling game in its franchise. It is also among the top 10 best-selling video games of 2015.

Things are looking up for Malaysia. Its own pool of talents have already proven themselves through caliber work. With the world aiming to progress through technological advancements, there is nothing to slow down the game development industry.

*Some of these games can be found on Lazada so keep your eyes peeled for Lazada vouchers!